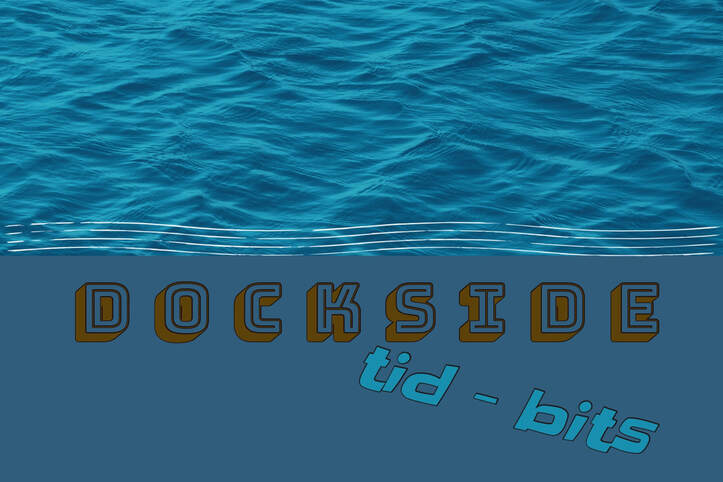 Welcom​e to DOCKSIDE tid-bits.  Sherry Raley here.  I'm the person behind the scenes at Palm Beach Training Center.   To mix things up a bit I will offer you a place where you can find articles, thoughts, photos, ideas, humor, and even useless information that doesn't pertain to skiing.
​Yes, there's life outside of skiing.

Interesting perspective -
I came across this article online about Clive Lewis who was born in Ireland and became a professor at Oxford University as well as Cambridge University.
He wrote an essay titled, "On Living in an Atomic Age."  Even though it was written 72 years ago, someone thought it was relevant to what's going on today dealing with the Corona Virus.
They suggested substituting coronavirus for the atomic bomb.

"In other words, do not let us begin by exaggerating the novelty of our situation.  Believe me, dear sir or madam, you and all whom you love were already sentenced to death before the atomic bomb was invented:  and quite a high percentage of us were going to die in unpleasant ways.  We had, indeed, one very great advantage over our ancestors - anesthetics; but we have that still.  It is perfectly ridiculous to go about whimpering and drawing long faces because the scientists have added one more chance of painful and premature death to a world which already bristled with such chances and in which death itself was not a chance at all, but a certainty."

"This is the first point to be made: and the first action to be taken is to pull ourselves together.  If we are all going to be destroyed by an atomic bomb, let that bomb when it comes find us doing sensible and human things - praying, working, teaching, reading, listening to music, bathing the children, playing tennis, chatting to our friends over a pint and a game of darts - not huddled together like frightened sheep and thinking about bombs.
They may break our bodies (a microbe can do that) but they need not dominate our minds."